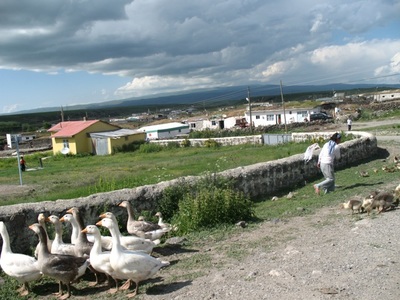 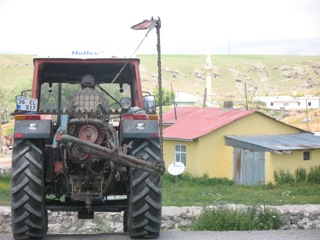 Büyük Çatma Village
Büyük Çatma is located near Lake Kuyucuk frequented by migratory birds. It is also the most active village of the project with more than 100 farmers in the Organic Certificate Program. Agriculture, animal husbandry and beekeeping are their main occupation.

The ancient grain Emmer survived here as it was cooked with goose meat on special occasions. The KARS NATURAL FARMERS ASSOCIATION (KADU) was established in the village to ensure project sustainability. Nejdet Dasdemir, the founder of the association, organizes the yearly audit with a third party organic certifying agency in all project villages. This is part of the certification program to oversee farmers' compliance with organic standards. The village became an inspiration to area farmers who are interested in joining the organic program. Villagers see the project as an investment into the future, rather than a short-term economic development model. They sum up their mission with a slogan that they have developed: '' Clean soil, healthy products, healthy future generations ''. 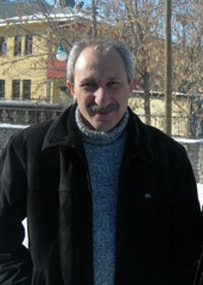 Nejdet Dasdemir, a retired agriculturist, is the local coordinator of the Organic Certification Program 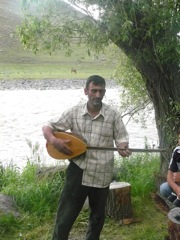 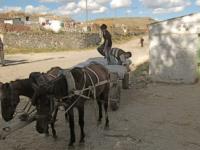 The importance of the Small Cattle is that the processing of grains is carried out in the watermill, which defies the time of the ridge. At the beginning of the mill is a young Erdem Kaya. Clover and other grains are evaluated traditionally. Established in the 1900s by Molakans who came and settled down from Russia and made milling an art, this mill was taken to protect with the surrounding trees planted by the Kaya family. Nowadays, the only water mill in the region that continues to produce.​ 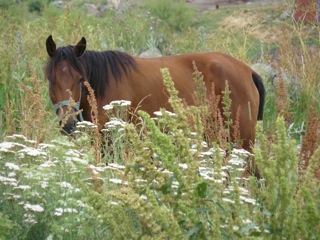 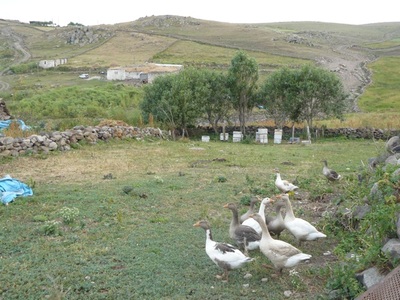 Bozyigit Village is located in the western part of Çıldır Lake, one of the few crater lakes in the world. Organic farming, natural honey and botanical projects are carried out in the village. The village has very valuable natural resources. Because it is located on the old road that turns Lake Cildir, the surroundings are more natural, so eco-tourism is also favorable.

Village Products:
The vetch, korunga are being planted in the village of Bozyigit in 2007 as a manger outside of the ancient wheat gull and red wheat, which are endangered in the project. All of the villages continue to cultivate these crops with the Organic Agriculture Certification program. 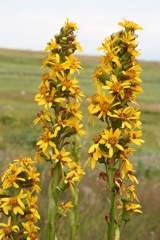 Ligularia sibirica
​At the same time the flora of the village is covered with rare and medicinal plants. Dr. Ayurveda Specialist Prof. Dr. Vinod and Professor of Istanbul University Pharmacological Botany Branch. Dr. Neriman Özhatay underlined that the rich flora in the village of Bozyiğit must be preserved in absolute terms. The presence of Ligularia sibirica, which has to be protected under the Berne Convention in the village, makes the region an extremely important center for both scientific research and eco-tourism.
Due to the quality of the meralar, the flavor of this village cheese is distinctively different from the other villages. Fresh milk, yogurt, ayran, cream and a few kinds of cheese are made in the village. The flora of the village is very rich in honey production. Beekeeping is a tradition in the region, the most beautiful way of renewing the florans that have been destroyed by livestock at the same time. village within the project, the Caucasian bees brought back to Turkey, which in the list of endangered animals, small-scale natural honey production was launched. 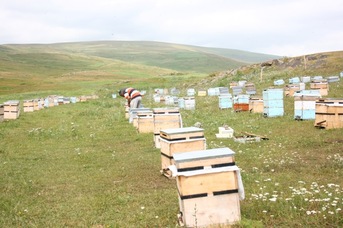 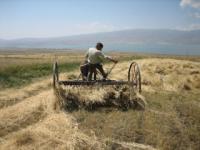 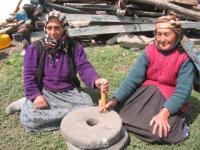 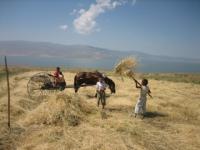 Aydıngün Köyü With a panoramic view over Lake Cildir, young people living in big cities, they are a beautiful and dynamic village with their old age. Ismet Kiziltepe, who lives here, is one of the rare people that we found locusts in the region. Uncle Ismet is a spokesman for the progeny with a personally loved person and rich agricultural and cultural knowledge. It participates in all interviews and gives valuable information about both the project and the past use of the products. Ismet Uncle and his son Hikmet Kiziltepe and other family members are involved in the Organic Certification project started with the support of the Anatolia Foundation since 2006. 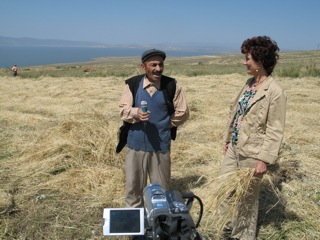 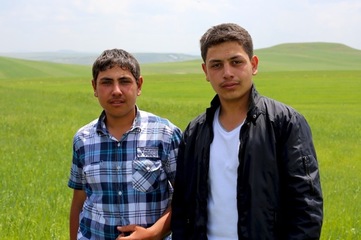 YOLBOYU (Uzun Zaim) Village is one of the most important peasants founded by Molakans who refugees from Russia in Kars region in 1900. The Şamcı family leads the organic farming project in the village. Yakup Şamcı was a leading farmer and raised his children at a very young age in organic farming. In 2011, suddenly leaving us, their son Çağlar and Çağrı Şamcı continue on his way.
Proudly powered by Weebly