The main purpose of the Foundation's agricultural projects was to revive and propagate the disappearing traditional crops.These plants, well adapted to the soil of the region, can be important for sustenance in the face of dramatic climate change. They can also provide a good source of income to local families as organic products.

In 2017, the project team introduced an "Organic Certification Program" to traditional farmers from seven villages in partnership with a third-party organic certifying agency. Villages were selected for their importance to biodiversity, conservation, and ecotourism. Initially,180 farmers signed up for the program. Today, many more farmers continue to farm organically, and the once disappearing crops are now widely propagated in the region. 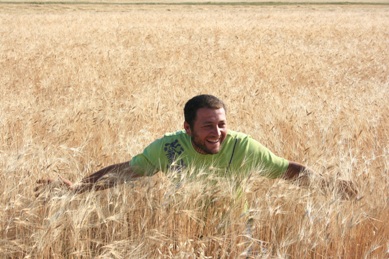 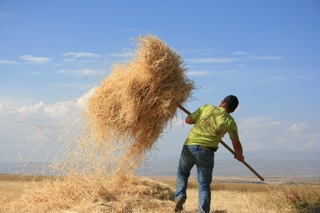 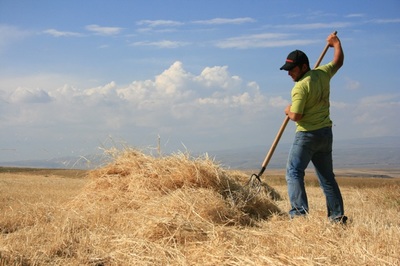 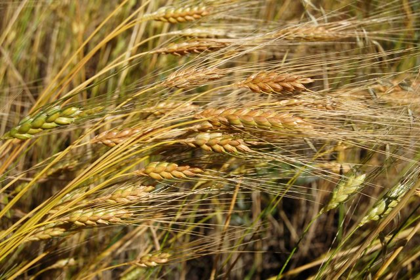 Emmer Wheat
​WE BROUGHT BACK THE ENDANGERED ANCIENT GRAIN EMMER!!
KAVILCA/ EMMER
Triticum dicoccum
This regional nutritious grain, a relative of einkorn and spelt, was rapidly heading toward extinction. Kavılca (ka-veel-cja) is the local name for emmer; one of the earliest domesticated wild wheat varieties known to humanity. Traces of wild emmer were found in archeological excavations of Neolithic settlements in Anatolia. At the beginning of the project, emmer was grown only in small pockets along the countryside, and mostly used as fodder. It has now re-established ​itself as an important food crop in the region.

Emmer survived mainly because a few families consumed it as a gourmet pilaf dish, served with tandoor-cooked goose meat. Project farmers showed great interest in reviving this ancient grain. The project team distributed them 2MT of emmer seed found with difficulty after searching up to 30 villages. Nowadays, emmer is once again a staple grain in the region. It is sold as organic emmer flour nationwide. Besides being a rich source of complex carbohydrates, emmer adds fiber to the local diet known high in animal fats. It is low in gluten and may be tried by those who are wheat intolerant. It is not recommended for those with celiac disease.

Emmer became endangered as it is difficult to separate the primitive double-kernel grain from its husk.Traditionally, it was cracked, sifted, and hand-sorted at the local watermill. Modern equipment is needed to obtain the intact whole grain for wider production and distribution. Recently, a local miller installed the right equipment in his facility and opened up the marketplace to emmer products. Consumers can now buy organic whole grain emmer, cracked emmer and emmer flour, directly from growers.

As a result of the projects, growing emmer became a good source of income for rural families, conserving, at the same time, agro-biodiversity in the region. 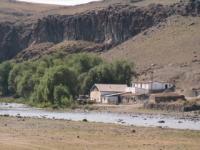 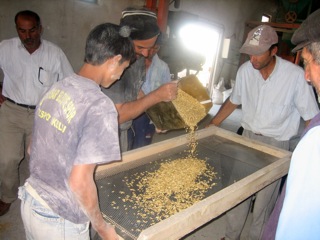 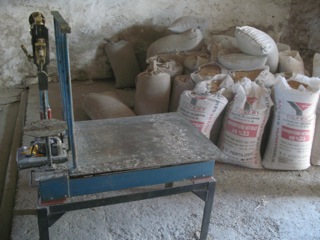